Curious about life sciences, or want to learn more about American history? Click here to let us know which subject areas you are interested in so that we can let you know about books we know you’ll want to read.

Tragically, there seems to be a rash of train wrecks of late, including fatal derailments in northwestern Spain two days ago and in Quebec earlier this month. George Bibel, a professor of engineering and the author of Train Wreck: The Forensics of Rail Disasters, spoke yesterday with CNN about why trains derail.

Dr. Scott Haltzman, author of The Secrets of Surviving Infidelity was recently interviewed on NPR’s Tell Me More about some hard truths and common misconceptions about infidelity.

Michael Olivas, an expert on higher education law and author of Suing Alma Mater: Higher Education and the Courts was quoted in USA Today  and Inside Higher Ed after the U.S. Supreme Court’s ruling on Fisher v. University of Texas at Austin.

Hot off the Press

Caring for Children Who Have Severe Neurological Impairment: A Life with Grace  An expert physician empowers parents to make informed decisions about their child’s care.

Frogs of the United States and Canada  From acrobatic tree frogs to terrestrial toads, C. Kenneth Dodd Jr. offers an unparalleled synthesis of the biology, behavior, and conservation of frogs in North America.

Presidencies Derailed: Why University Leaders Fail and How to Prevent It  The first book to explore the reasons why university presidencies fail and how university and college leadership can prevent these unfortunate situations.

Marrow of Tragedy: The Health Crisis of the American Civil War  “A consistently engaging overview of Civil War medicine in its every aspect.” —Charles Rosenberg, Harvard University 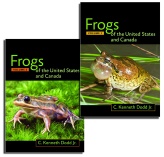 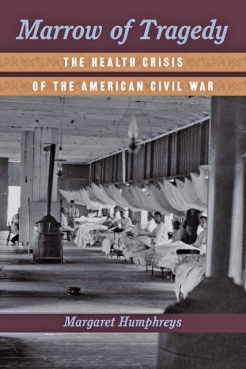 Matters of Fact in Jane Austen: History, Location, and Celebrity “Unlike any previous work of Austen criticism, both in its attention to minute historical detail and in its pioneering claims . . . meticulously researched, beautifully written, highly original, and unquestionably timely.”—Los Angeles Review of Books For more of author Janine Barchas’s recreation of the world of Jane Austen check out What Jane Saw, a virtual recreation of the 1813 exhibit of renowned portrait painter Sir Joshua Reynolds’s works.

Grand Central’s Engineer: William Wilgus and the Planning of Modern Manhattan “The single best analysis we have of freight transportation in an early twentieth-century U.S. city”—Journal of American History

Trees of Life: A Visual History of Evolution “Trees of Life commemorates the tree as a visual representation of life; science buffs will revel in this dazzling forest of transformations.”—Shelf Awareness

The Practical Einstein: Experiments, Patents, Inventions “Einstein’s papers reveal a down-to-earth side. Learn about his inventions and ideas, including waterproof breathable clothes and an explanation for rivers’ meanderings.”—Choice 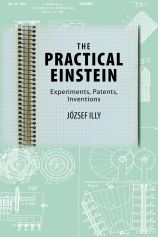 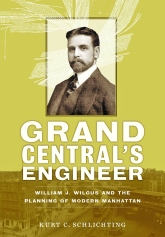