Home
/
Baldassarre
/
Meet us in Pittsburgh: The Wildlife Society

It was one of those days that every editor dreams of having. Just as I was beginning to plan my trip to The Wildlife Society annual conference in Pittsburgh, I received word. The two big book awards for 2014 had been announced and Johns Hopkins University Press had published both of them. The first award was for the best edited volume, and Nova Silvy’s The Wildlife Techniques Manual, seventh edition, was the winner. The second award, for best authored book, was won by C. Kenneth “Ken” Dodd, Jr.’s Frogs of the United States and Canada. On Sunday night, October 26th, I’ll be in the audience at the awards dinner, happy about the small part I played in helping Ken and Nova complete their masterpieces.

For the rest of the meeting, however, you’ll find me at the Johns Hopkins University Press booth in the exhibit hall, standing near the new revised edition of the classic book, Ducks, Geese, and Swans of North America. Following in the footsteps of Francis Kortright and Frank Bellrose, this new edition is a 2-volume masterpiece by Guy Baldassare. A proven bestseller (the last edition of Ducks, Geese, and Swans sold over 250,000 copies), this 2-volume set retails for an amazingly low $69.95. During the meeting you’ll be able to purchase this title, and all our books, for 7 cents on the dime (that is, for 30% off)! 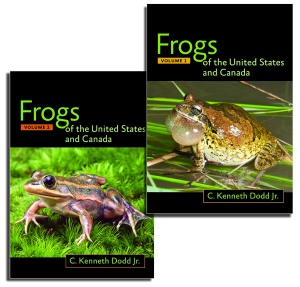 I hope you will stop by and see the large collection of wildlife books that we publish, especially those we are proud to publish in association with The Wildlife Society. Sightings at the booth of TWS book series editor Paul Krausman are common, as are occasional visits by Johns Hopkins authors (past, present, and future) such as Kimberly Andrews, Jerry Belant, Travis DeVault, Dan Decker, George Feldhamer, Stan Gehrt, Bruce Leopold, Jim Miller, Mike Morrison, Priya Nanjappa, Nils Peterson, Russ Reidinger, Seth Riley, Shawn Riley, Amanda Rodewald, Nova Silvy, and others.

We are very proud of the high-quality books we produce at Johns Hopkins, but even more proud of the talented authors and volume editors with whom we work. If you have an interest in creating a book, please take that first step and stop by our booth so we can chat. Our goal is to work with the members of The Wildlife Society to produce the finest books in the field. Whether you are a reader of these books, or aspire to write your own, we look forward to chatting with you in the Steel City.