If you are heading to the American Society for Eighteenth-Century Studies meeting in Los Angeles, be sure to browse JHU Press books and journals in the exhibit area from March 19 to 22. Press authors will be stopping by, and we’ll offer a 30% discount throughout the meeting (and afterward using code HEAA). We are also pleased to offer a special on-site ASECS 2015 promotion for Metaphors of Mind: An Eighteenth-Century Dictionary, by Brad Pasanek. Read more about the conference on the ASECS annual meeting website, and check out these new and forthcoming books from JHUP: 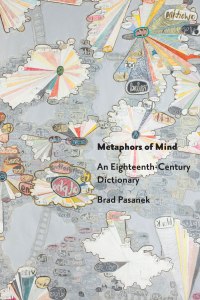 “Metaphors of Mind is a genuinely significant book. An exciting and stimulating read, it promises to precipitate and augment important conversations both in eighteenth-century literary studies and in the field of digital humanities more broadly.”—Jenny Davidson, Columbia University, author of Reading Style: A Life in Sentences

“Metaphors of Mind is one of the most compelling blends of traditional literary critical methods and the new digital humanities/data mining projects that literary studies has seen to date. With welcome clarity and disarming humor, Pasanek provides an eye-opening survey, peppered with vivid examples, of the countless ways in which eighteenth-century Anglo-American culture imagined perception and personal identity.”—Deidre Lynch, Harvard University, author of Loving Literature: A Cultural History

Metaphors of Mind: An Eighteenth-Century Dictionary, by Brad Pasanek 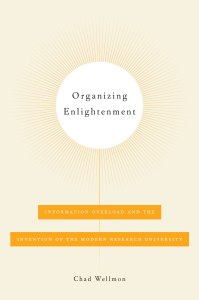 “A timely and provocative book written with contemporary debates in mind, Organizing Enlightenment gives us an impressive history not of academic disciplines but of disciplinarity itself—the infrastructure of specialization that has come to characterize the modern research university. What is the point of specialization? What is the role of the book within learning? Are lectures outmoded or sources of enlivened knowledge? Organizing Enlightenment helps us understand how specialization is not a new problem to be solved but the answer to an older problem of media surplus which we still inhabit. The more we hear calls for the reform of research universities today, the more we will need such insightful and clearly written histories as this one.”—Andrew Piper, McGill University, author of Book Was There: Reading in Electronic Times

Organizing Enlightenment: Information Overload and the Invention of the Modern Research University, by Chad Wellmon

My Silver Planet: A Secret History of Poetry and Kitsch, by Daniel Tiffany
Wordsworth’s Ethics, by Adam Potkay
Securing the West: Politics, Public Lands, and the Fate of the Old Republic, 1785–1850, by John R. Van Atta
Harlequin Britain: Pantomime and Entertainment, 1690–1760, by John O’Brien

Crisis in an Atlantic Empire: Spain and New Spain, 1808-1810, by Barbara H. Stein and Stanley J. Stein
Rakes, Highwaymen, and Pirates: The Making of the Modern Gentleman in the Eighteenth Century, by Erin Mackie
The Overflowing of Friendship: Love between Men and the Creation of the American Republic, by Richard Godbeer
Performing the Temple of Liberty: Slavery, Theater, and Popular Culture in London and Philadelphia, 1760–1850, by Jenna M. Gibbs
Studies in Eighteenth-Century Culture, Volume 43, edited by Timothy Erwin and Michelle Burnham

Designing the New American University, by Michael M. Crow and William B. Dabars
Teaching Online: A Guide to Theory, Research, and Practice, by Claire Howell Major
Wikipedia U: Knowledge, Authority, and Liberal Education in the Digital Age, by Thomas Leitch
Policy Documents and Reports: eleventh edition, from the American Association of University Professors