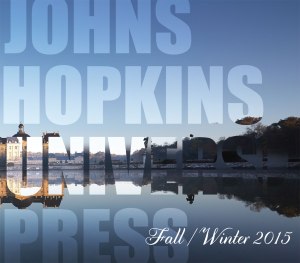 We’re excited about the books we’ll be publishing this fall—and pleased to share this series of “Fall Books Preview” blog posts! Be sure to check out the online edition of JHUP’s entire Fall 2015 catalog, and remember that promo code “HDPD” gets you a 30% discount on pre-pub orders. We continue of our preview posts today with forthcoming books in history: 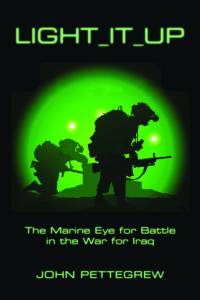 Light It Up: The Marine Eye for Battle in the War for Iraq
John Pettegrew

Light It Up examines the visual culture of the early twenty-first century. Focusing on the Marine Corps, which played a critical part in the invasion and occupation of Iraq, John Pettegrew argues that U.S. military force in the Iraq War was projected through an “optics of combat.” Powerful military technology developed in the Iraq and Afghanistan wars has placed war in a new posthuman era.

“A bold, complex, wonderfully written book with a revolutionary thesis: that technologies of seeing and the outlook of marines combine to form a ‘projection of force’ beyond the traditional meaning of the concept. Provocative and original.”—William Thomas Allison, Georgia Southern University, author of My Lai: An American Atrocity in the Vietnam War 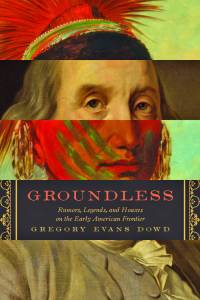 Rumor—spread by colonists and Native Americans alike—ran rampant in early America. In Groundless, historian Gregory Evans Dowd explores why half-truths, deliberate lies, and outrageous legends emerged in the first place, how they grew, and why they were given such credence throughout the New World. Arguing that rumors are part of the objective reality left to us by the past—a kind of fragmentary archival record—he examines how uncertain news became powerful enough to cascade through the centuries.

“Skillfully written, informative, and stimulating. More than just a collection of rumors and the stories they generated, this book is a smart exploration of the issue of hearsay and the limitations in the evidence historians depend upon to craft their narratives.”—Colin G. Calloway, Dartmouth College, author of New Worlds for All: Indians, Europeans, and the Remaking of Early America 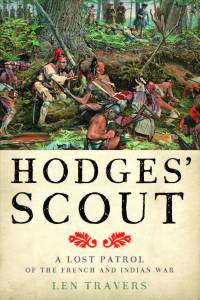 Hodges’ Scout: A Lost Patrol of the French and Indian War
Len Travers

Pieced together from archival records, period correspondence, and official reports, Hodges’ Scout relates the riveting tale of young colonists who were tragically caught up in a war they barely understood. Len Travers brings history to life by describing the variety of motives that led men to enlist in the campaign and the methods and means they used to do battle. He also reveals what the soldiers wore, the illnesses they experienced, the terror and confusion of combat, and the bitter hardships of captivity in alien lands. His remarkable research brings human experiences alive, giving us a rare, full-color view of the French and Indian War—the first true world war.

“Fascinating, vivid, and highly informed. Travers is a master of foreshadowing and verisimilitude. This is the social history of war at its best.”—Gregory Evans Dowd, University of Michigan, author of War under Heaven: Pontiac, the Indian Nations, and the British Empire 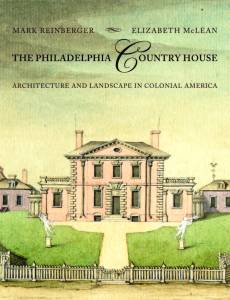 In this masterly volume, Mark Reinberger, a senior architectural historian, and Elizabeth McLean, an accomplished scholar of landscape history, examine the country houses that the urban gentry built on the outskirts of Philadelphia in response to both local and international economic forces, social imperatives, and fashion. The Philadelphia Country House explores the myriad ways in which these estates—which were located in the country but responded to the ideas and manners of the city—straddled the cultural divide between urban and rural. Illustrated with nearly 150 photographs, more than 60 line drawings, and two color galleries.

“Reinberger and McLean have succeeded in illuminating the nature and significance of a specific building type in colonial America, the country house or seat, focusing on those around the city of Philadelphia. The scholarship is extremely sound, the documentation is profuse, and the book effectively presents a tremendous amount of information on a significant topic that deserves elucidation. No comparable study exists.”—Damie Stillman, University of Delaware Professor Emeritus 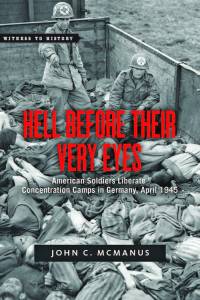 On April 4, 1945, United States Army units from the 89th Infantry Division and the 4th Armored Division seized Ohrdruf, the first of many Nazi concentration camps to be liberated in Germany. In the weeks that followed, as more camps were discovered, thousands of soldiers came face to face with the monstrous reality of Hitler’s Germany.

Military historian John C. McManus sheds new light on this often-overlooked aspect of the Holocaust. Drawing on a rich blend of archival sources and thousands of firsthand accounts—including unit journals, interviews, oral histories, memoirs, diaries, letters, and published recollections—Hell Before Their Very Eyes focuses on the experiences of the soldiers who liberated Ohrdruf, Buchenwald, and Dachau and their determination to bear witness to this horrific history.

“This is a history that demands to be published. The use of personal witness accounts is the only way to capture the essence of the traumatic experience the American soldiers had to deal with.”—Daniel D. Holt, editor of Eisenhower: The Prewar Diaries and Selected Papers, 1905−1941 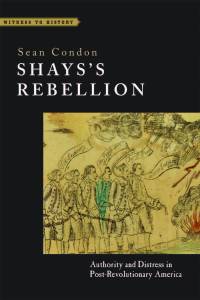 In this concise and compelling account of the uprising that came to be known as Shays’s Rebellion, Sean Condon describes the economic difficulties facing both private citizens and public officials in newly independent Massachusetts. He explains the state government policy that precipitated the farmers’ revolt, details the machinery of tax and debt collection in the 1780s, and provides readers with a vivid example of how the establishment of a republican form of government shifted the boundaries of dissent and organized protest.

“The deepest account of the rebellion I have read, the book keeps a strong narrative line and grows in drama as it proceeds. Undergraduates should cherish this work. Riveting.”—Barry Levy, University of Massachusetts–Amherst, author of Town Born: The Political Economy of New England from Its Founding to the Revolution 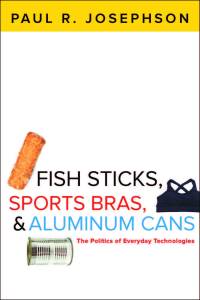 In Fish Sticks, Sports Bras, and Aluminum Cans, historian Paul R. Josephson explores the surprising origins, political contexts, and social meanings of ordinary objects. Drawing on archival materials, technical journals, interviews, and field research, this engaging collection of essays reveals the forces that shape (and are shaped by) everyday objects. Ultimately, Josephson suggests that the most familiar and comfortable objects—sugar and aluminum, for example, which are inextricably tied together by their linked history of slavery and colonialism—may have the more astounding and troubling origins

“Josephson draws readers into the complexities and fascinations of the study of technological history. A lively and provocative book.”—David E. Nye, University of Southern Denmark, author of Technology Matters: Questions to Live With